World Mental Health Day is commemorated each year on October 10. The annual campaign, led by the World Health Organization (WHO), aims to raise awareness and break stigma around mental health, and this year’s theme focuses specifically on the impact of mental health on modern adolescents and young adults. However for us at MPact, this day is a sobering reminder that homosexuality was once classified as a mental illness by health agencies such as the American Psychiatric Association and the World Health Organization. In 1973 and 1992 respectively, these agencies removed homosexuality from their diagnostic manuals thanks in part to research and advocacy led by allies from the scientific and clinical community. Similarly, in 2013 and as recently as this year, being transgender was dropped as a mental disorder by the American Psychiatric Association and the WHO respectively. 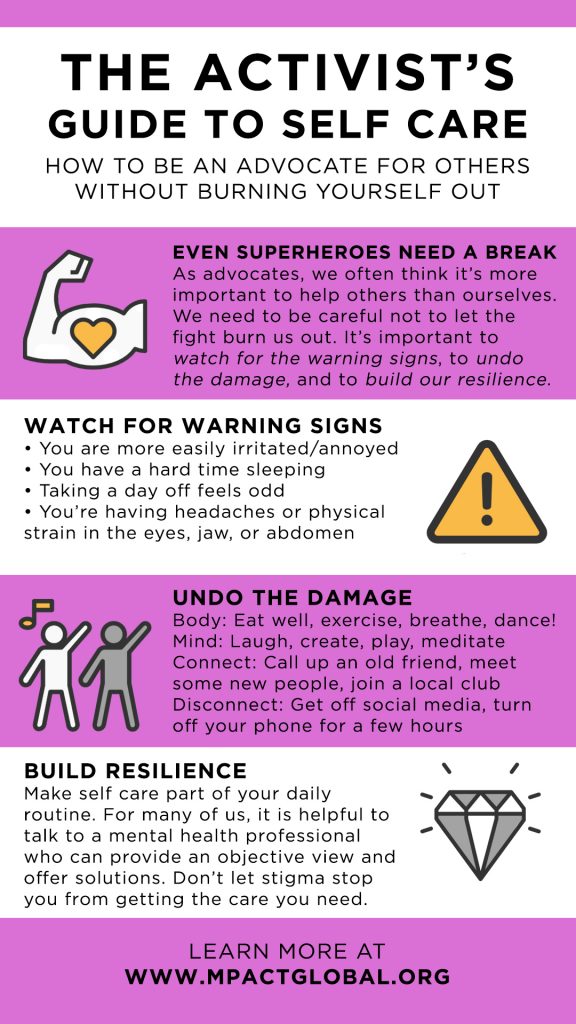 In spite of the declassification, we continue to see the inappropriate pathologization of lesbian, gay, bisexual and transgender (LGBT) people as mentally ill by faith-based leaders, politicians, the justice system and healthcare providers. This happens despite indisputable evidence in the research literature that lasting change to one’s sexual orientation or gender identity is unlikely from reparative or conversion therapies and that such reparative therapies are harmful to same-gender loving individuals and to individuals who do not conform to prescribed gender norms.

From a human rights perspective, we believe that all individuals deserve the right to privacy, self-determination and bodily autonomy. Further, better physical and mental health outcomes have been recorded by LGBT people when their healthcare providers responded with support, validation and acceptance on hearing about their clients’ same-sex orientation or preferred gender identity. World Mental Health Day therefore remains an important opportunity for advocates to help dispel the mere MYTH that being LGBT is pathological and to promote understanding that LGBT-related identities and behaviors are normal dimensions within the spectrum of human diversity.

In addition to still being pathologized in some contexts, all LGBT people continue to experience varying levels of stigma, discrimination and violence regardless of geography or context. This only increases the chances of feeling depressed, anxious, or suicidal when compared with the general population. These wider structural barriers explain the higher incidences of mental health concerns reported by LGBT people worldwide, especially young and aging LGBT individuals.

As we continue to mitigate these barriers, World Mental Health Day is also a reminder of the individual and shared resiliencies within LGBT communities. LGBT individuals use several strategies to combat and cope with hardships and challenges – Some of these strategies are well-documented in the literature as gay men “seeking emotional support, taking action, asking for help and advice, and finding something good in life’s challenges” and in another example as gay men expressing “shamelessness (comfort and pride in one’s sexual orientation, identity and gender expression), adaptability, social bonding and relationship-building, queer family-building, and connection to an LGBT community.”

On this World Mental Health Day, MPact invites you to continue your advocacy with great self-care; help dispel the myth that LGBT people are mentally ill, and most importantly, tap into your own strength and the resilience of your fellow LGBT community members.

Images by FlatIcon used under CCBY