MSMGF is happy to welcome two young activists to its steering committee, as a reflection of its commitment to upholding a diverse global perspective on issues concerning the health and human rights of gay, bisexual and other men who have sex with men, with a special focus on young gay men.

The Steering Committee includes nine young members (age 18-29), five members who are nominated by the Consortium of MSM and transgender networks, and the one sitting Co-Chair of MSMGF’s Board of Directors. 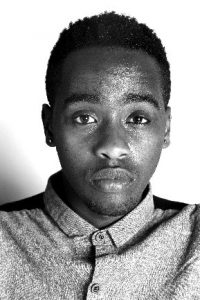 Peter Mwaniki Njoroge (Trevor) is an LGBTIQ activist from Nairobi Kenya, working for Health Options for Young Men on HIV/AIDS/STIS (HOYMAS), as a communication officer and advocating for the health and rights of Gay men and Male Sex Workers (MSW) in Kenya. In 2010, Trevor received training from National AIDS and STI Control Program (NASCOP) as a peer educator and trainer of trainers on Key Populations health and human rights. In 2011, Trevor worked as a coordinator for UNFPA project focusing on young people involved in sex trade in Nairobi and Mombasa counties, where he built his skills in leadership, planning, Management, Coordination and organizing group activities. Trevor is a role model to many gay men and male sex workers who admire his commitment to community work including leadership, mobilization, and empowerment of community members. 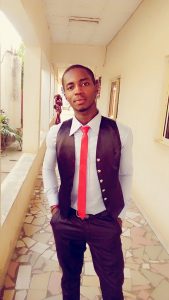 John Echezona Odum is a 23-year-old sexuality and human rights activist from Nigeria who works with LGBT and other marginalized populations. John focuses on issues that impact people living with HIV such as ensuring proper access to health care services within an enabling environment for more equitable rights and social acceptance. In recent years, John has focused on minority rights to better promote social and economic integration of key populations in the context of Northern Nigeria at the state and local levels. His experience and passion extend to capacity building for community members, psychosocial counseling, mental health support and networking and referral to quality sexual health services.

“We are excited to welcome Trevor and John to our governance structure. MSMGF will greatly benefit from their leadership, knowledge and experience. Their contributions will help steer MSMGF in the years to come”, said Johnny Tohme, the Community Mobilization Manager at MSMGF.

The two new steering committee members will be joining organizing efforts in the lead up to “Out With It”, MSMGF’s Pre-Meeting at AIDS2018 which is focused on the rights and sexual health of young gay and bisexual men around the world.

About MPact
MPact Global Action for Gay Men’s Health and Rights (formerly known as MSMGF or The Global Forum on MSM & HIV) was founded in 2006 by a group of activists concerned about the disproportionate HIV disease burden shouldered by men who have sex with men. MPact works at the intersection of sexual health and human rights, and is linked to more than 120 community-based organizations in 62 countries who are leading innovative solutions to the challenges faced by gay and bisexual men around the world.

MPact @mpactglobal
Saturday, May 1st, 2021 at 12:35pm
Representation matters! Over the past decade, activists in the region have noticed that people are increasingly willing to come out and to talk about and campaign for LGBT issues and rights https://t.co/cJ6zH9kW6u
View on Twitter
3
2

MPact @mpactglobal
Thursday, April 29th, 2021 at 11:35am
"“We are not vulnerable or marginalized. We are not numbers or statistics. We are people." - MPact Board Member @juliankerbo of @MENAPlusNetwork

See what our partners around the world had to say at last week's Multi-Stakeholder Hearing on HIV #WeAreHLM https://t.co/Uw75tSV2ep
View on Twitter
2
5