“Unfinished Business: HIV Among Gay and Bisexual Men and Other Men Who Have Sex With Men”

MSMGF is organizing the Side Event in close consultation with the Global Platform to Fast Track the HIV and Human Rights Responses Among Gay, Bisexual Men and Other Men Who Have Sex with Men (The Platform), a civil society-led body constituted in January 2016 to provide guidance to the UN’s coordination of the global HIV response, as well as to provide information and advice to other partners.

Confirmed speakers include Minister Alex Giacomelli da Silva with the Permanent Mission of Brazil, United Nations; Deputy Coordinator Thomas La Salvia with the Office of the U.S. Global AIDS Coordinator; and Nigerian Activist, Micheal Ighodaro, Program and Policy Advisor, AVAC. The Side Event will open with a special video-taped message from Justice Michael Kirby of the Global Commission on HIV and the Law, followed by three panels focused on the need for reliable data, models for collaboration between community-led organizations and government, and enabling policy environments for more effective HIV responses. Please download and circulate the full program here. 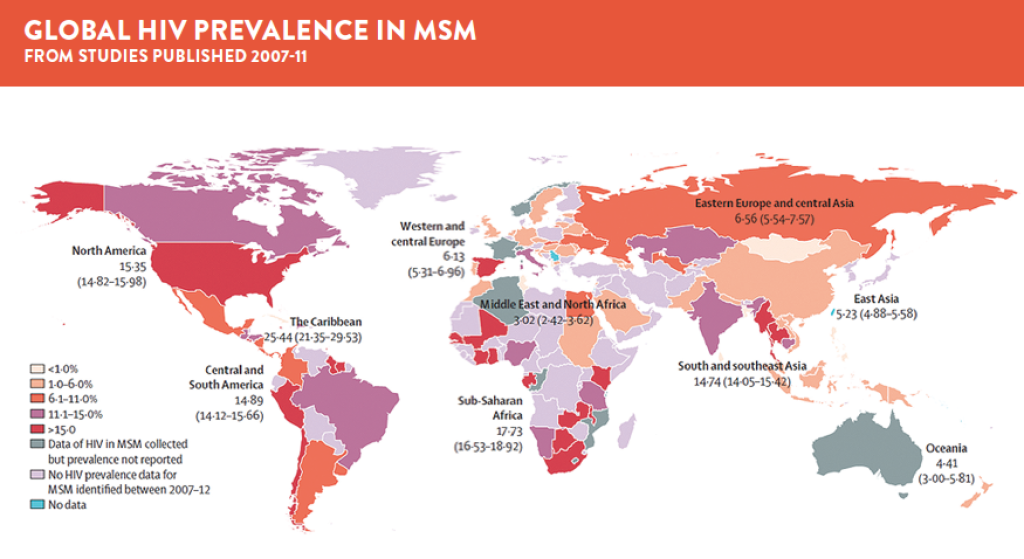 “Gay, bisexual men and other men who have sex with men are among the only groups for which HIV is uncontrolled or worsening in most parts of the world. There is a disparate HIV disease burden shouldered by gay, bisexual men and other MSM that is inadequately addressed globally. Exclusion of men who have sex with men from national AIDS planning processes has contributed to inadequately funded, inaccessible, and poorly targeted programs. Criminalization of homosexuality encourages human rights abuses, violence, discrimination, and stigma, which worsen health disparities for men who have sex with men and their communities. If this continues, quite frankly, progress made in the global HIV response will begin to unravel”, asserts Dr. George Ayala, Executive Director of MSMGF.

In the pre-mature race towards the “end of AIDS”, the gravity of the situation for gay and bisexual men is being ignored or down-played. The HIV-related needs of gay, bisexual men and other men who have sex with men must be addressed openly, quickly, and with sufficient resources to support evidence-based, community-led, and human rights-affirming interventions at scale.

The side event will be co-hosted by the Governments of Brazil and the United States of America and is supported by UNAIDS, UNDP, UNFPA, the Office of the U.S. Global AIDS Coordinator/PEPFAR, and the Global Fund to Fight AIDS, TB and Malaria.

We need widespread participation and activism to influence unfriendly and homophobic governments at the High Level Meeting in June.

RSVP IS REQUIRED TO RECEIVE A SPECIAL EVENT TICKET! To RSVP, send your name, organizational affiliation, and email address to MSMGF Director of Policy, Nadia Rafif at nrafif@mpactglobal.org.

MPact @mpactglobal
Thursday, January 9th, 2020 at 11:30am
Join us at the US National Hispanic/Latinx Health Leadership Summit this March! Register now! @LatinoCommAIDS https://t.co/3XYILdlCp2
View on Twitter
0
0