Released today on International Human Rights Day, a disturbing and sobering report from MSMGF examines levels of violence against lesbian, gay, bisexual and transgender (LGBT) people around the world, revealing a high frequency of brutal attacks across all regions. The report indicates that activists and HIV service providers are especially vulnerable, with attacks against community leaders resulting in interruptions to life-saving HIV services. The report underscores the urgent need for real, institutionalized protections for marginalized communities.

The report features data from a wide range of sources, including new statistics on violence from the 2014 Global Men’s Health and Rights (GMHR) survey. The survey included responses from over 2,300 men who have sex with men (MSM) in more than 150 countries, exposing high levels of physical and sexual assault due to sexual orientation across all regions. The 2014 GMHR survey dataset will be available on the MSMGF blog next week.

Percent of MSM surveyed who have experienced violence due to sexual orientation. Data taken from the 2014 GMHR dataset.

In addition to regional statistics, the report provides country-level data on anti-LGBT violence in 90 countries around the world. This quantitative data is framed by qualitative analyses of different forms of violence experienced by LGBT people and the impact of violence on individuals and communities.

“Attacks against LGBT people are not only frequent, they are often exceptionally brutal,” said Dr. George Ayala, Executive Director of the Global Forum on MSM & HIV (MSMGF) and co-author of the report. “This violence is often perpetrated by people in authority – including police, doctors and prison guards – cutting victims off from systems for protection, justice and healthcare.” 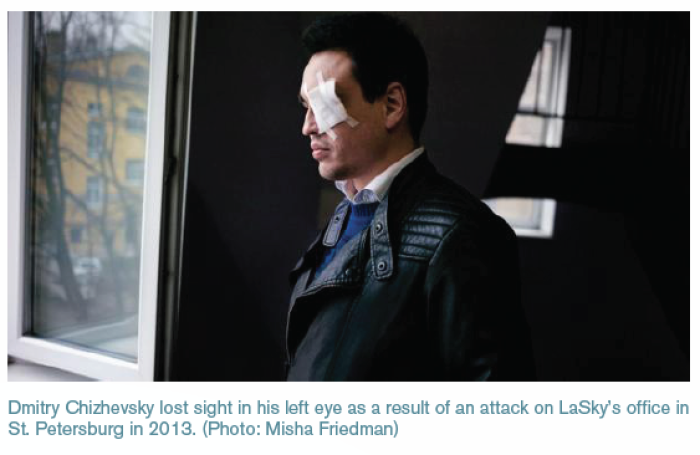 Because traditional institutions have been a source of anti-LGBT violence, many LGBT communities depend on the work of LGBT activists and LGBT-led community-based organizations (CBOs) for a wide range of services, including HIV prevention and treatment. Activists and CBOs are uniquely positioned to provide services in a safe space, tailored to the needs of local LGBT communities.

“In many countries, LGBT activists and CBOs offer the only safe and high-quality HIV services for LGBT people,” said Dr. Ayala. “However, as a result of providing these services, activists and service providers can become more visible. This can make them more likely to be targeted for violence.” 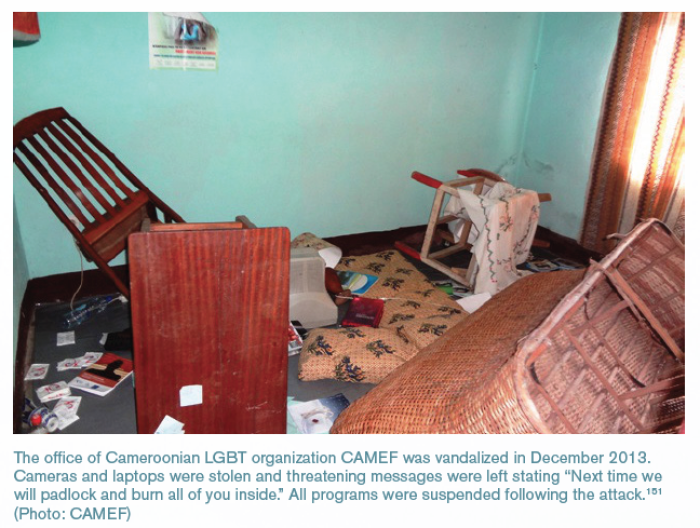 The report documents cases of 20 different LGBT activists and CBOs that have been targeted for violence following their work for local LGBT communities. These attacks not only constitute a grave human rights emergency, they have also resulted in interruptions to vital services for LGBT people. In some cases, organizations have shut down and halted services altogether.

Following an attack on an MSM clinic in Kenya called KEMRI, local activist Peter Njane spoke of the impact on HIV services. “People used to get their [HIV medicine] at KEMRI. While it’s been closed, there is no provision of condoms and lubricant, no medical services for this community. Some of these things, like lubricant, aren’t available anywhere else…. Some of the men who were attacked are not sure they will be able to go back and work as peer educators.”

Just as CBOs are at the forefront of HIV services for LGBT people, they have also developed some of the most effective strategies for addressing anti-LGBT violence. The report ends with several examples of effective anti-violence programs from around the world, as well as a series of recommendations for HIV funders, health institutions, LGBT-led community-based organizations to prevent, document, and mitigate violence against LGBT people.

“This year, the United Nations announced a new global HIV target. By 2020, 90% of all people living with HIV will know their status, 90% of people with an HIV diagnosis will have sustained access to treatment, and 90% of people on treatment will achieve viral suppression,” said Dr. Ayala. “As the world works to meet these ambitious new goals, it behooves us to address the factors that undermine access HIV services for the most affected populations. We cannot achieve our new global targets without addressing violence against LGBT people.”

The full report, entitled “Services Under Siege: The Impact of Anti-LGBT Violence on HIV Programs,” can be downloaded here.

The report will soon be available in French and Spanish.

Shortened link to this article for sharing bit.ly/LGBTviolence 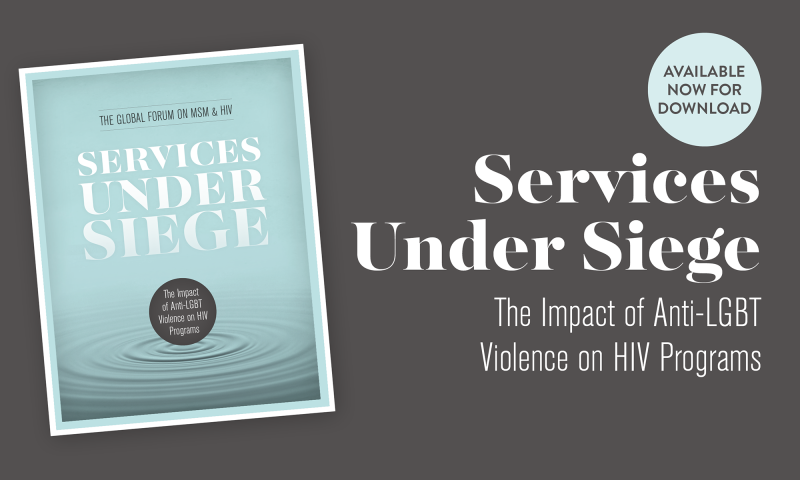