Earlier this November, MSMGF staff participated in the 2017 National Transgender Health Summit, hosted by the UCSF Center of Excellence for Transgender Health. Over the course of three days which included 84 break-out sessions, five plenaries, a poster session, and two films, attendees were able to gain cutting edge clinical knowledge from leading experts as well as first hand knowledge from the shared experiences of trans community members. 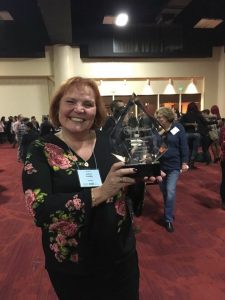 For the first time in the history of the summit, a Community Track of 29 breakout sessions was offered. The Community sessions provided a unique forum for trans and gender diverse people working in health professions to strengthen leadership skills. Attendees were able to discuss issues and share perspectives that can only come from the lived experiences of those who work in the field and belong to the community as well. In order to defray the costs of attending the summit, over 130 scholarships were given to members of the trans community, including the National Advisory Board for Positively Trans, a US based network of trans people living with HIV/AIDS. An award of recognition was also given to JoAnne Keatley of IRGT for her dedication and substantial contribution to domestic and global transgender health.

The opening plenary gave a broad overview of the current state of Transgender Health Science and helped set establish a theme that ran through the entire summit: that gender affirmation in all its forms is a determinant of health. Whether social, psychological, medical, or legal, when transgender people are affirmed in their identities, they are more empowered to take control of their health and rights. The presenters also guided the audience through the development process for transgender health guidelines, stressing the importance of including transgender and non-binary consumers and healthcare providers in these teams. 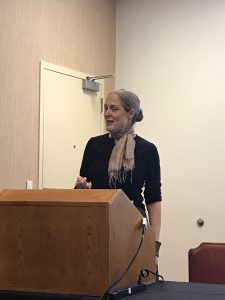 MSMGF Senior Research and Programs Advisor, Sonya Arreola, PhD, MPH, presented on behalf of an MSMGF partner Doan Thanh Tung, whose research on the barriers to accessing health care services facing transgender women in Vietnam was accepted as a part of the break-out session on Trans Research in International Settings. The common themes of exclusion, lack of knowledge of transgender health care, and being underserved by traditional MSM organizations were shared among participants.

Overall, the summit was the perfect kick off for the 2017 Transgender Awareness Week. With visibility comes vulnerability, as evidenced by the national efforts to pass bathroom bills and the backlash for trans rights in healthcare over the last few years. There is much to do all over the world, and a step forward may even be followed by two steps backwards. This summit was proof that if we continue to center the voices of  trans people we are powerful beyond measure.

MPact @mpactglobal
Sunday, March 29th, 2020 at 12:30pm
From @CIVICUSalliance, an essential reminder to donors to allow for maximum flexibility amid the #COVID19 crisis to enable civil society to respond in the best interests of our communities https://t.co/ir4unT3GS2
View on Twitter
0
0

MPact @mpactglobal
Sunday, March 29th, 2020 at 10:30am
We cannot standby while the US administration strips communities around the world of their human rights. Learn more about the work of our partners at @Global_Equality here: https://t.co/Xr9Jig6roY
View on Twitter
0
1

MPact @mpactglobal
Saturday, March 28th, 2020 at 10:30am
“We need to make sure that people living with HIV are able to continue getting the care that they need and those programs are going to need to adapt to this new environment.” - @AIDSInstitute #COVID19 https://t.co/CJ2MciWyZ3
View on Twitter
1
3

MPact @mpactglobal
Wednesday, March 25th, 2020 at 10:01am
Grateful to see this community guide from our partners at @ITPCglobal which answers fundamental questions like:
What is is #COVID19 and how do you get it?
How can it be prevented and what if you feel ill?
How do you get tested and how is it treated?
https://t.co/f8sG3hY8tI
View on Twitter
1
1

MPact @mpactglobal
Monday, March 23rd, 2020 at 2:06pm
Never disclose sexual behaviors if you feel this could put you or your partners at risk of violence, stigma, or discrimination. We cannot rely on index testing in countries where homosexuality is still criminalized https://t.co/wqfodT9dyf
View on Twitter
1
2

MPact @mpactglobal
Saturday, March 21st, 2020 at 11:40am
A global crisis like #COVID is an especially important time to pay attention to the needs of vulnerable communities like #LGBTI people who may not have equitable access to safe and quality health services https://t.co/SKVGUBnCO6
View on Twitter
3
1

MPact @mpactglobal
Saturday, March 21st, 2020 at 11:40am
In times of crisis, we must always rely on community first. What public health professionals know best is that the only way to fight a pandemic like #COVID19 is if we do it together @mngreenall https://t.co/45eBRUma04
View on Twitter
1
1

MPact @mpactglobal
Friday, March 20th, 2020 at 12:40pm
We must fight discrimination in all its forms. We cannot ignore the abuse of human rights against LGBTI people around the globe https://t.co/Nn8vzbWYTa
View on Twitter
1
3